Take a look at the results of the sustainability skills survey here.

Take a quick survey to tell us how you like to be surveyed! https://forms.gle/h8tQEU3dDKbih8nR6

Undertaken in November 2020, the 11th SOS-UK nationwide student skills survey has provided an important insight into student attitudes towards sustainable development. This year the University of Worcester had a fantastic response to the survey with 574 students completing it online, putting the university third in the country for the number of responses. 83% of the students completing the survey were undergraduate students, with just under half of these in their first year of study, indicating great engagement by those students who recently arrived at the university. The courses students were studying broadly reflected the balance of courses studies at Worcester, with the largest course areas of education and health providing the most respondents.

Encouragingly, around 300 of the students indicated that how seriously a university takes both environmental and global development issues was either very or somewhat important in their choice of university. This demonstrates how important it is that the university clearly reports and highlights its engagement and achievements in these areas. Furthermore, most students either agreed or strongly agreed that the university was taking positive action to limit the negative impact it has on the environment

Almost all felt that sustainable development was something that universities should promote, and the majority felt it was important that it was promoted within courses and teaching. 63% felt that sustainable development was something that they wanted to know more about. Students noted that the university was already doing a good job in promoting sustainability, but offered many good suggestions for how this could be developed through a range of both course-based and extra-curricula events and talks. Students also suggested campus enhancements and promotion, and the development of incentives for students aimed at changing behaviours for sustainability.

In terms of their studies, over 80% of respondents either agreed or strongly agreed that it was important for universities to develop students’ social and environmental skills as part of their courses. Students recognised that they had encountered many of the key skills associated with promoting sustainable development as part of their studies. They also overwhelmingly felt that it was important to learn these skills, attributes and knowledge during their time at university, particularly building it into their courses within modules and through assessments and other opportunities such as placements.

Reflecting back on their education, both at the university and previously, students detailed a wide range of ways in which learning about sustainable development and developing key skills and attributes had had a positive impact on them personally. These reflections demonstrated a range of changes in both lifestyle and values and increasing awareness of, and engagement with, issues of social and environmental justice and equity. Students commented that they had become more globally and socially responsible and culturally aware, with an understanding of the ethical impact of actions and decisions:

“I am more aware of my position in the world and effects of my actions.”
“It has helped me think about how the world is, and aiming to have the most positive effect on things as possible, whilst recognising my place of privilege and making sure that everyone has a voice”

Most students also felt that these skills and attributes would be important within future employment and of value to employers. Over 70% of respondents felt it would be either fairly or very important to have the chance to work for a business or organisation that made a difference to social and environmental issues, with 81% feeling it was important to have a role that contributed to the development of the local community and 61% a role that contributed to helping the environment. Many would accept a lower starting salary to work with an organisation with a strong social and environmental record (80% £1000 lower and 60% £3000 lower).

uw_sustain
•
Follow
@uow_sustainability_network @worcsu came to view the student allotments today. Why today? Because we were firing up the 🍕 oven. Fresh herb and vegan pizzas ... yum.
View on Instagram |
1/9 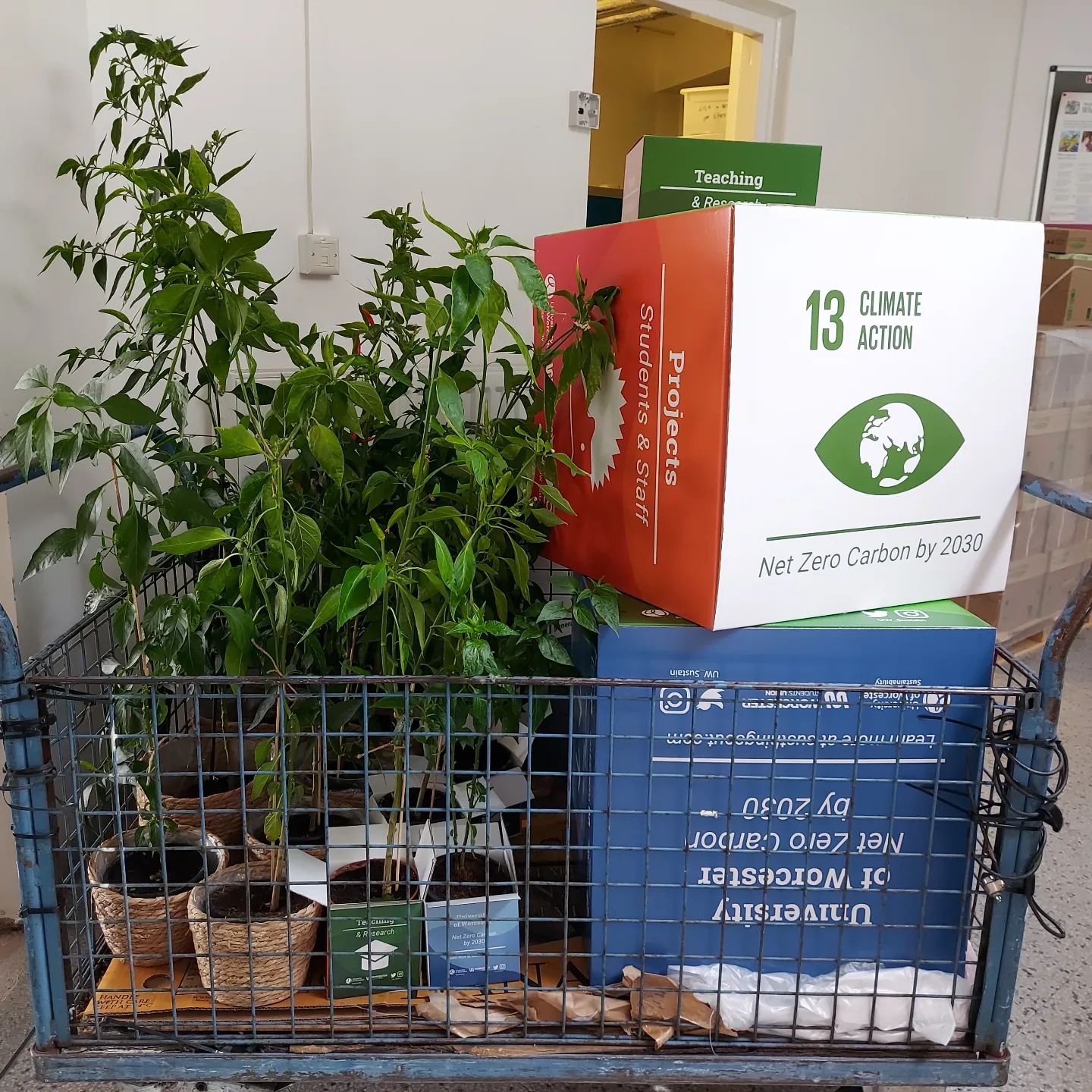 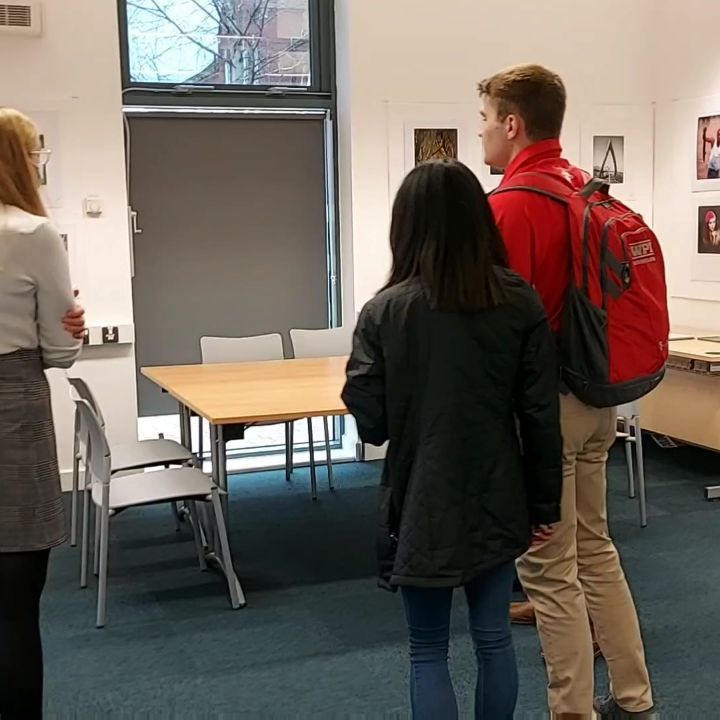 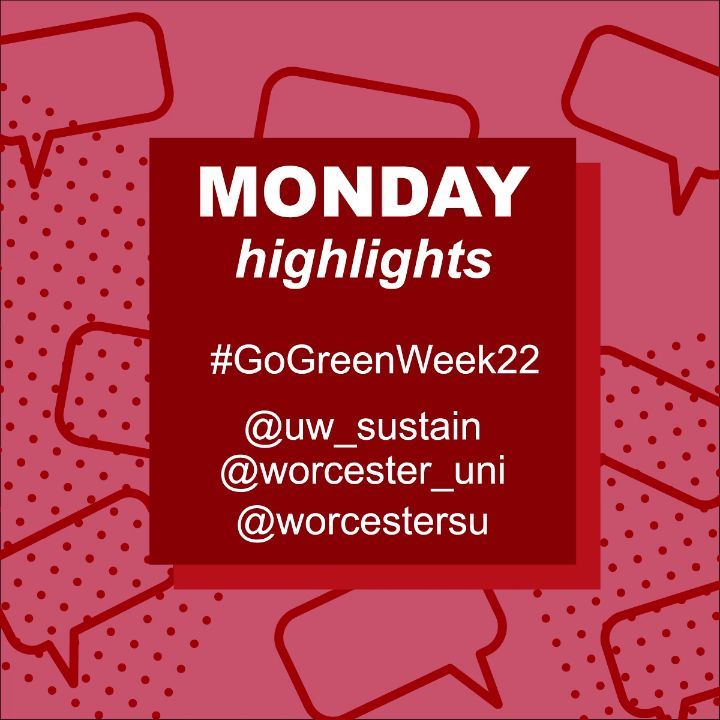 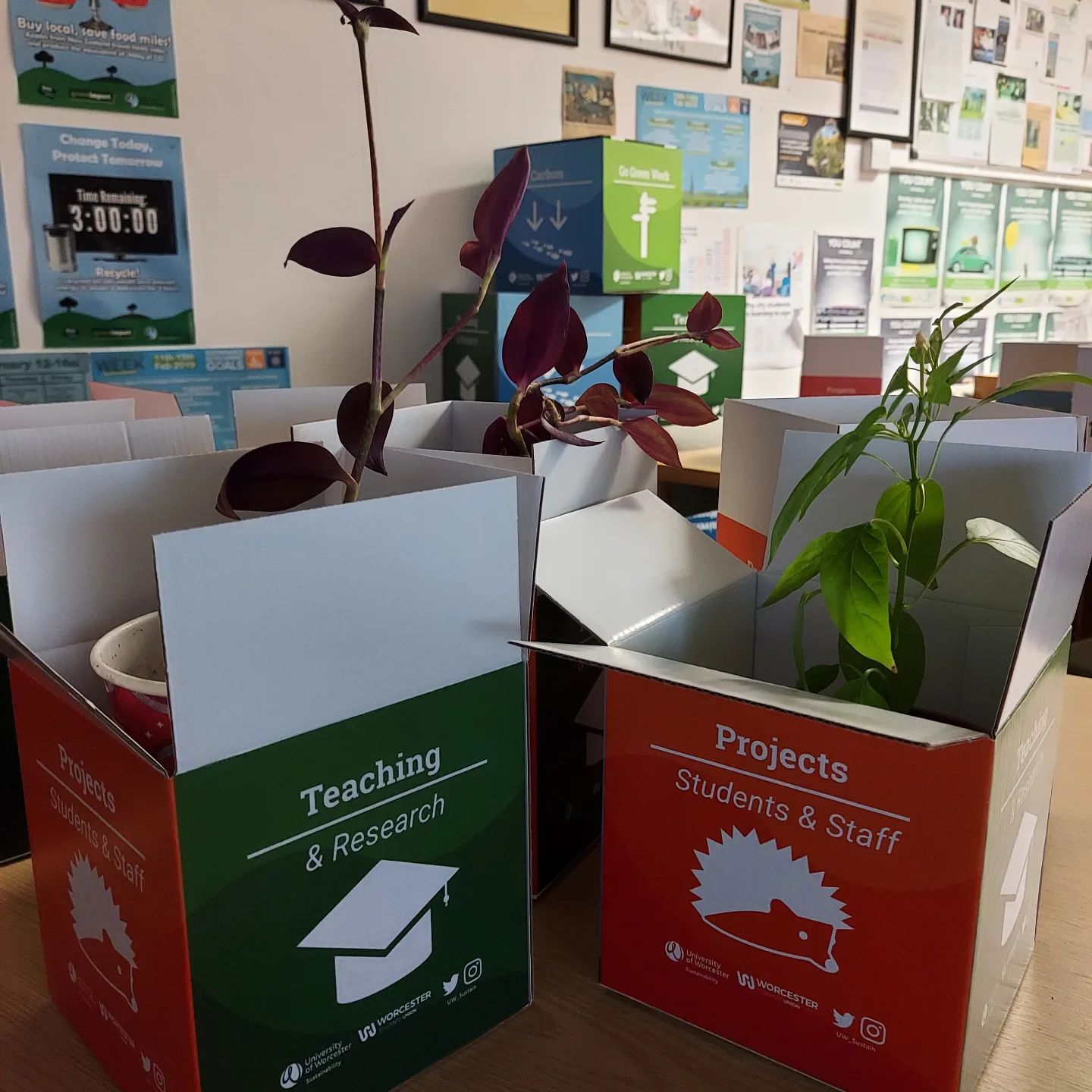 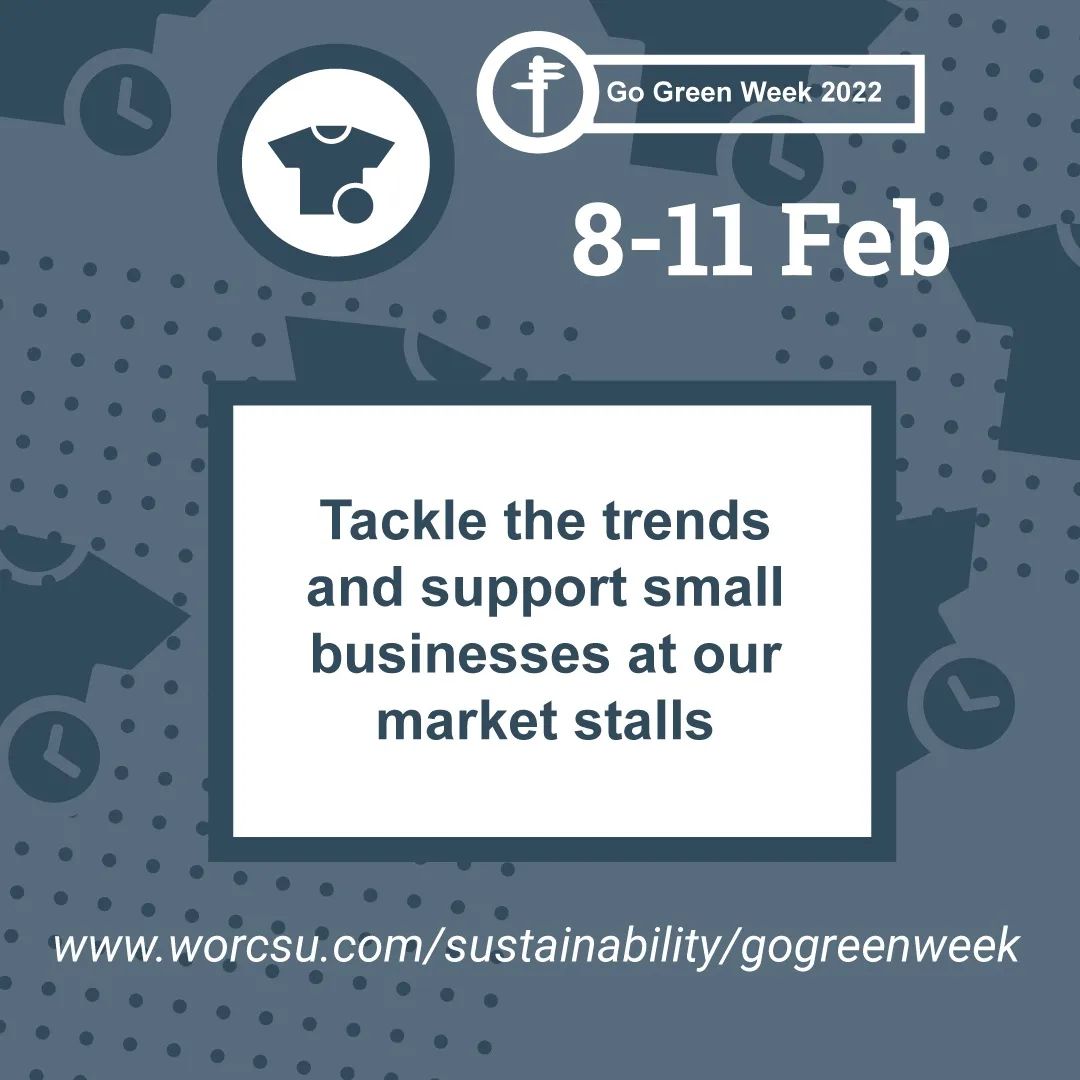 uw_sustain
•
Follow
Want to fight fast fashion? Fancy supporting a small business? Come and see our variety of stalls in the marquee outside of the Student's Union. They'll be there from Tuesday to Friday 12.15 to 2.15pm #GoGreenWeek #sustainability #UniversityofWorcester #GGW #bethechange #sustainableuniversity #worcsu #thrifting #supportsmallbusiness #FollowTheShad #delilahandthemoon @severnunlocked
View on Instagram |
6/9 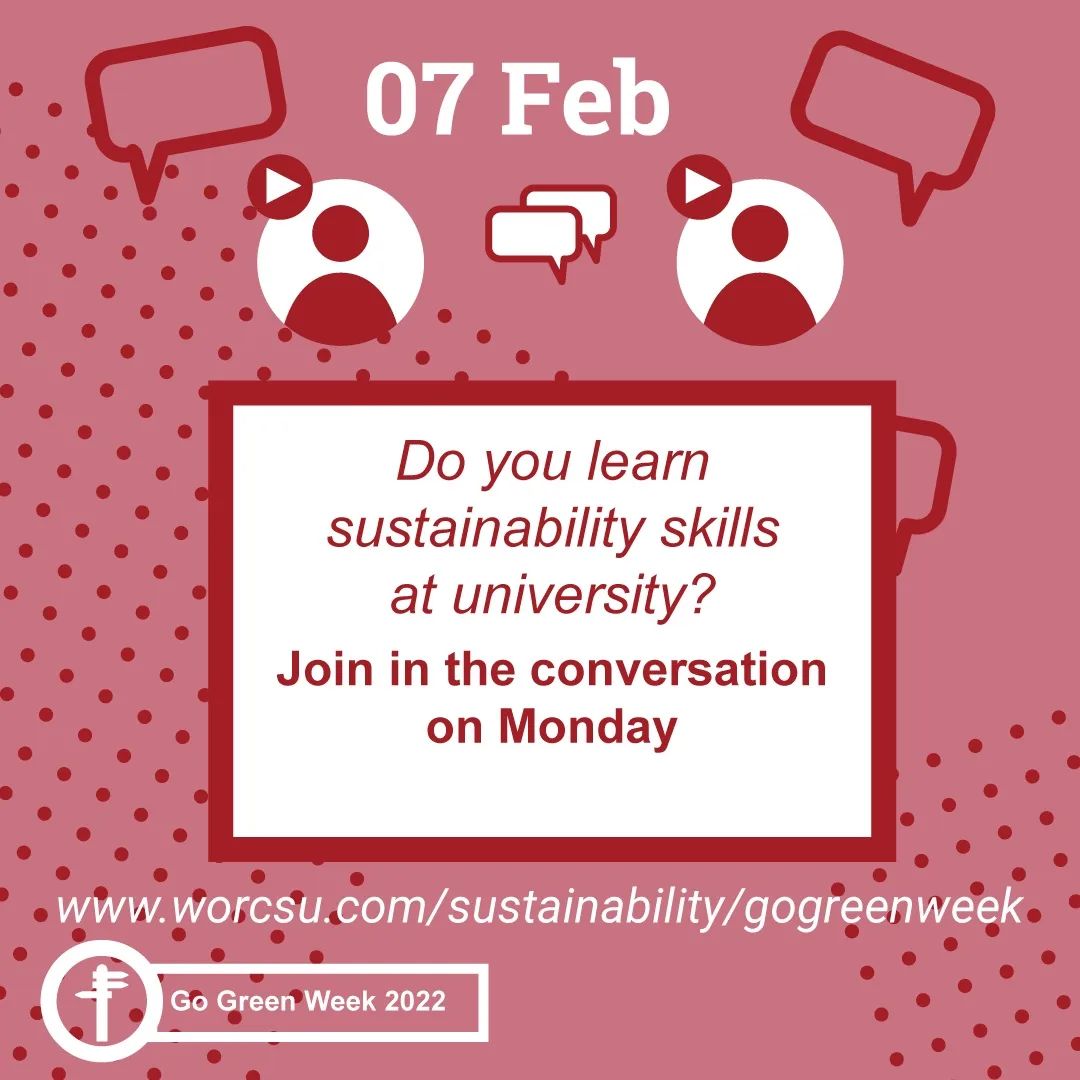 uw_sustain
•
Follow
Recycling. Ethical buying. Energy consumption. Do we learn how to be sustainable whilst at university? Join us for a virtual debate on Monday 7th February at 2.30 to hear from a panel of experts and student thoughts on this difficult question. Cluck the Wufoo link in our bio to get the link. #GoGreenWeek #sustainability #UniversityofWorcester #GGW #bethechange #sustainableuniversity #sustainabilityskills
View on Instagram |
8/9 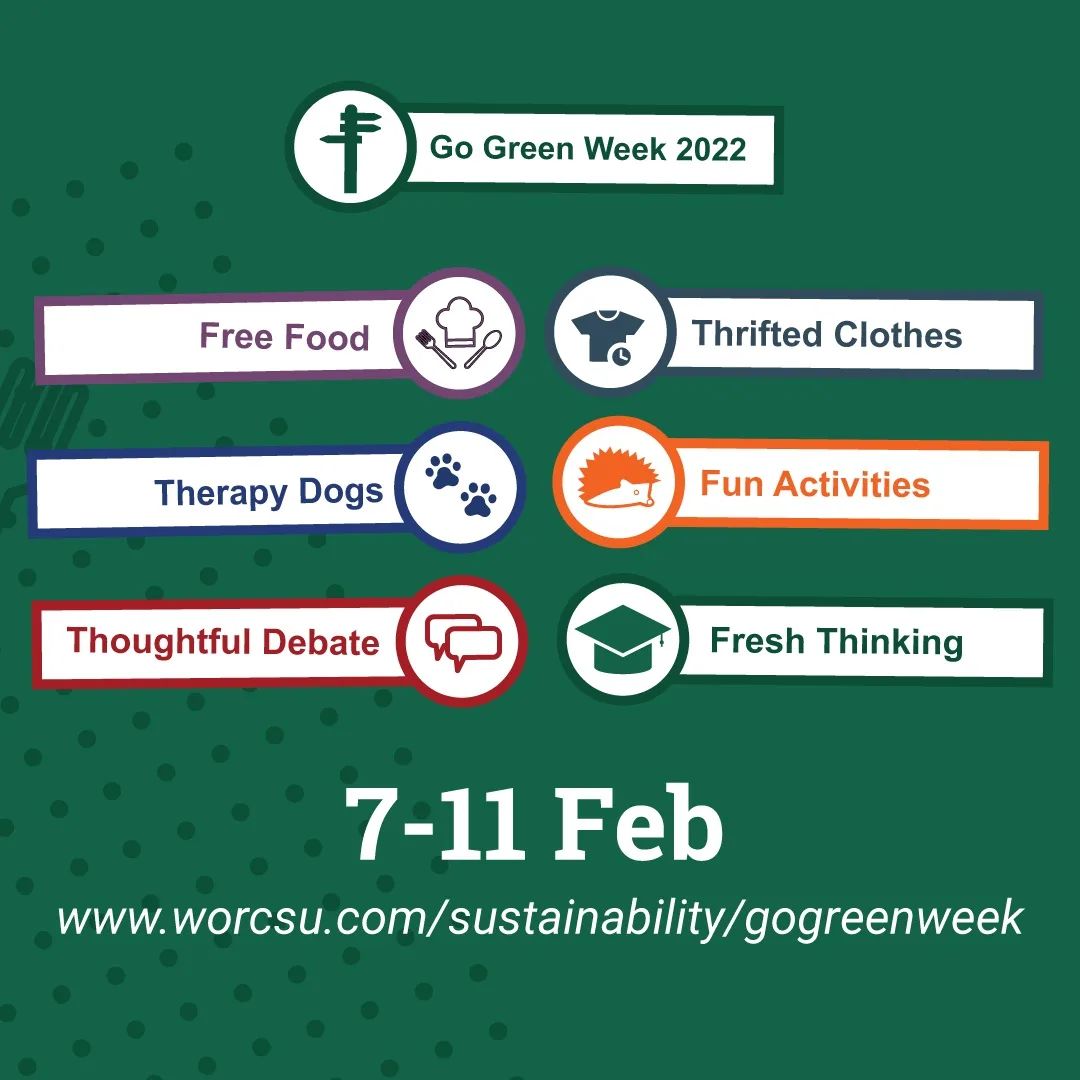 uw_sustain
•
Follow
We have so much planned for you to take part in #gogreenweek Don't miss out on your opportunity to take part and learn more about sustainability. Watch out for free food, fresh thinking, and fun activities from 7th to 11th of February. #GoGreenWeek #sustainability #UniversityofWorcester #GGW #bethechange #FollowTheShad #delilahandthemoon
View on Instagram |
9/9
View on Instagram
wpDiscuz