The University of Worcester’s bike share, Woo Bikes, is looking to get staff and students to travel more sustainably. It offers both traditional pedal bicycles and electric pedal assist e-bikes to users. Woo Bikes has also been looking into getting some of their e-bikes to local businesses so that employees can use them on business trips. 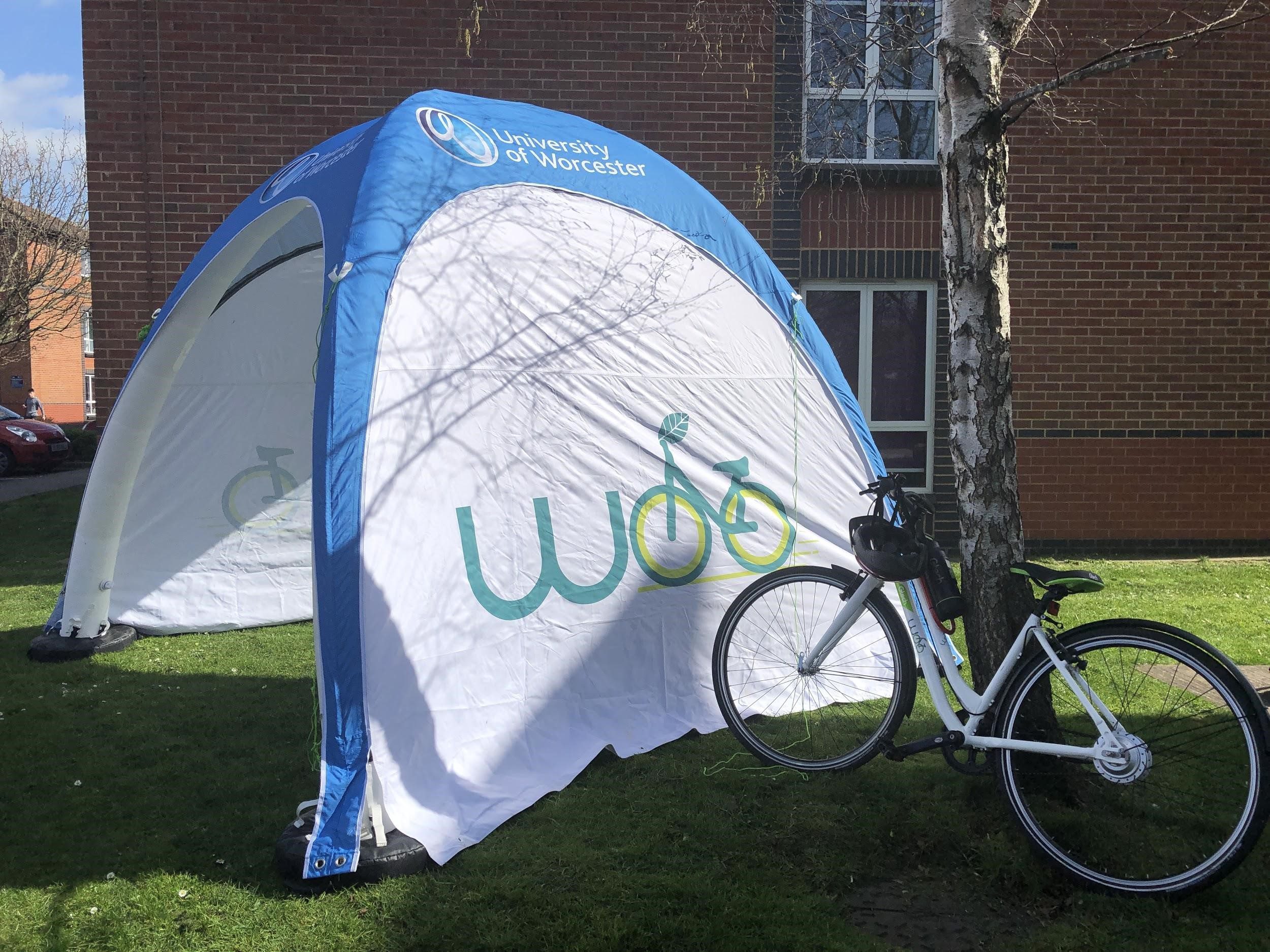 A Have a go session by the student Halls of residence 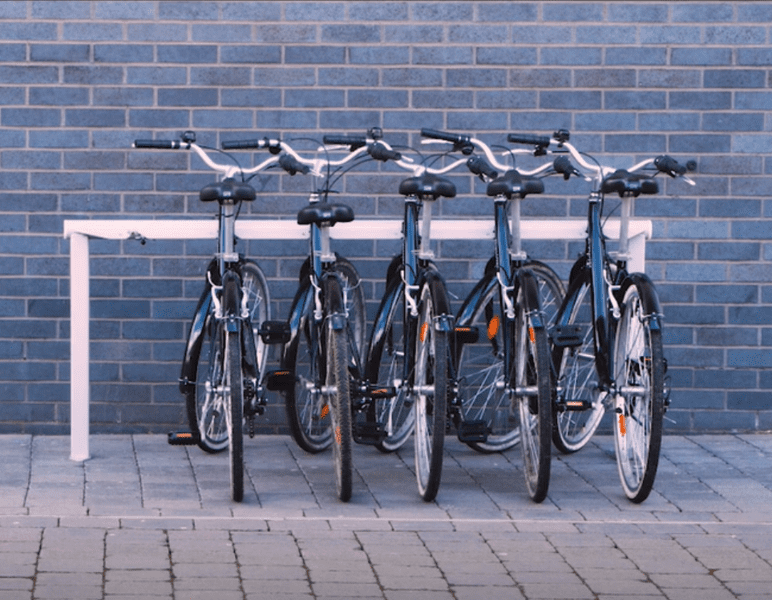 The University is working with West Midlands Trains and the Stack Rack Bicycles company to set up a Stack Rack Bicycles system for commuters at the University. This system would let train commuters pre-book a bike at a train station using an app and then use that bike for a full day before dropping it back off at the station during their commute home. Our project was focused on assisting in these 3 bike share initiatives.

Our work with Woo Bikes focused on figuring out how many students know about the program, what their thoughts are on the system, and getting more people to use it. We each talked to our flatmates and those who were able to talk to us gave us some useful feedback on why they didn’t use the program. We also gave them all a chance to try an e-bike, and those who did enjoyed them, but most turned down the chance saying they hadn’t rode a bike in years or didn’t know how to at all. We found similar patterns when we ran “Have-a-Go” sessions on campus, which were little pop-up events where we tried to get people to try the e-bikes.

Unfortunately, no one was really interested in trying bikes on a whim, or they were on their way to somewhere else and therefore didn’t have time.

When we looked into ways to get more people on bikes, we looked through the data from a travel survey the university had already done. Particularly, we wanted to know where people tended to live relative to campus, both staff and students. We ended up with a map for each, both showing a high density in the city close to campus (see below). We were excited to find this because this means that these people could use Woo Bikes frequently for everyday travel.  However, if those who live farther live near a train station, they could use Stack Rack Bicycles. In addition, anyone who is often on the campus can benefit from a Woo Bikes membership no matter where they are in relation to campus to get between the other University campuses or if they need to go into the city. 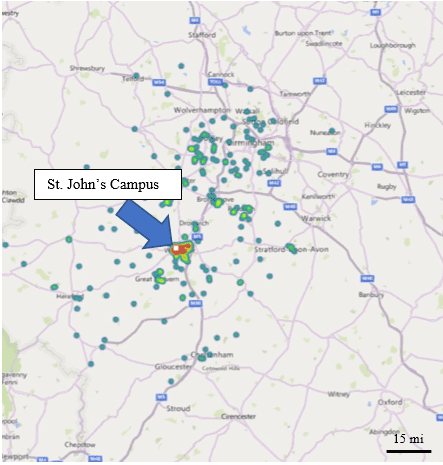 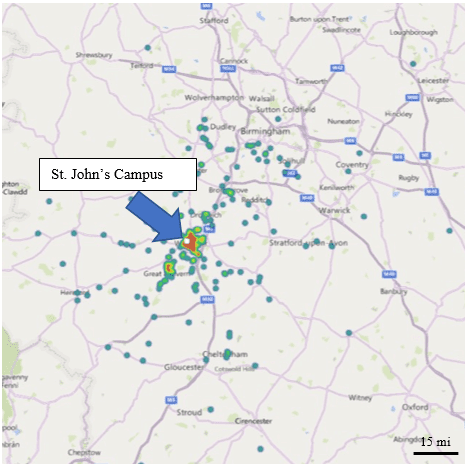 Additionally, some nearby employers have been in contact with Woo Bikes about setting up bike pools at their companies. We contacted these employers and biked out to many of them, letting their employees try out our e-bikes and take our survey. We did these sessions at Worcester County Council, Fortis Living, Carefour, and others. Our employer feedback was overwhelmingly positive, and the people who rode on the bikes all thought that it was a positive experience. We hope that these employers (and maybe more) follow through and set up Woo Bikes for their company as a bike pool. 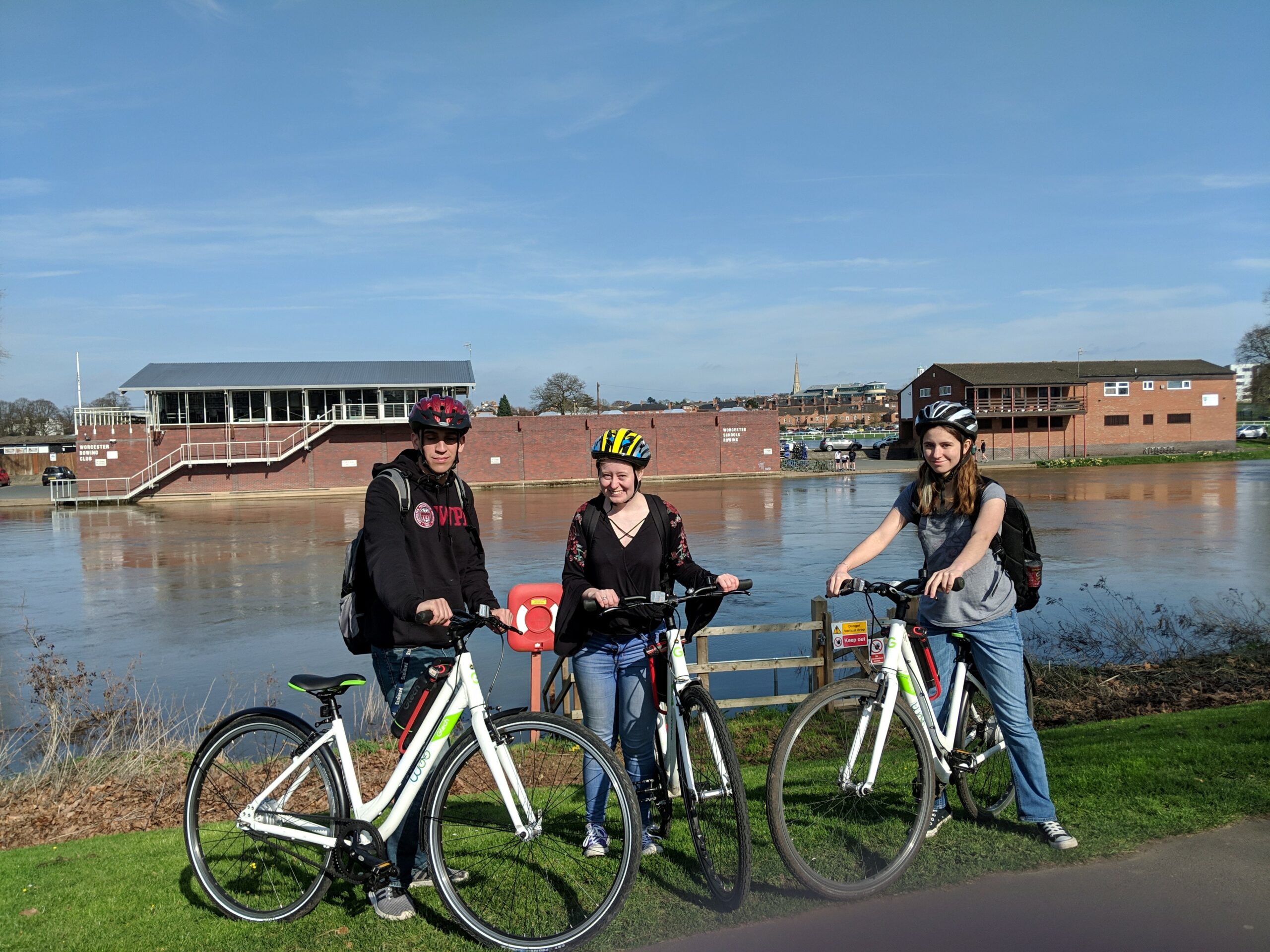 Our research for the Stack Rack Bicycles system involved sending a digital survey to University staff through email and intercepting students in various locations to have them take a digital survey.  We kept the survey short and sweet but made sure to thoroughly ask them about their travel habits in addition to their explicit opinions on the Stack Rack Bicycles last mile travel concept.  We were able to get over 20 staff members and 100 students to respond to the survey.  Of these staff members, 73% said they’d be somewhat interested in the program.  In addition, 34% of the students who responded expressed interest.  We were especially interested in the fact that of the 12 staff respondents who typically drive during their commute, 10 said the Stack Rack Bicycles system could convince them to switch to taking the train and riding a bike.  15 out of 42 student drivers responded similarly.  This is great because this is a much more sustainable way to commute!  We also found that out of the locations we asked staff and students about, it seemed like it would be best to put bicycle racks for the systems at St. John’s Campus and the Foregate Street Station because they would get the most use there.

We believe that our efforts in Worcester can help encourage more people to take up the sustainable travel habit of cycling. Getting people out of their cars, whether on their regular commute or a business trip, is a good first step in the direction of reducing carbon emissions. We hope that our work can lead to real change in making the city a more sustainable place.

Watch a video presentation about this project

← Are students learning about sustainability at your university – benchmark them to find out.
Energize Worcester – examining heating behaviours in student houses →