Skills For Tomorrow: Friday Round Up

Around 150 pupils from schools in the region took to Riverside campus to learn about sustainable projects, as the Skills For Tomorrow event entered its second day. Students between 11 and 14 from Baverstock, River School, Christopher Whitehead, The Chase and Perry Beeches attended the day, where a range of a different workshops and stalls were available to help them learn about the sorts of jobs in sustainable industries available to them after they leave education.

Following local arcitect Mark Martin’s second speech of the two-day event, Worcester’s MP Robin Walker spoke to a packed auditorium about his euthusiam for children to go in careers that would help build a “greener, cleaner world.” He continued by saying:

“What could be more exciting than working to make the world a better place?”

After this fantastic opening presentation, children were able to visit a selection of stalls that had arrived on Thursday and exciting new ones that were exclusive to today. One of these new stalls belonged to Megan Baker of the Big Green Gap Year (or BIGGY), a programme for pre-university students that centres around getting work placements in sustainable industries that will help them during their studies. Her stall had a very interesting way of engaging the children attending the event: a ‘sustainability tree’, where they could write down what changes they could make to become more sustianable. She praised the Skills For Tomorrow event, saying:

“It’s great because you see the different responses (to the sustainability tree) evolving as the day goes on. Once they’ve been to a couple of workshops, their understanding of sustainability grows and becomes more in-depth.”

The event even attracted international interest. Michael Duclos, an exchange student from Massachusetts studying at the University of Worcester, was there representing Energize Worcester, an organisation primarily focused on helping university students change their energy consumption habits. Switching the organisation’s aims to suit a younger audience for Skills For Tomorrow, he explained:

“We’ve been talking about recycling with students and how much energy they can save by recycling certain materials. We also make sure to tell them, if they don’t recycle, just how long it takes for those materials to decompose.”

Simon Beckett, managing director at Beckett Farms, set up a stall at the event to promote potential career opportunities in agriculture to young people. He voiced his feelings about how these sorts of jobs need to be presented:

“We need to make land based jobs financially sustainable. Profit isn’t a dirty word and people need to be able to make a living.”

Beckett later discussed his desire to get away from ‘fast food culture’ and to encourage children to learn how to prepare healthier meals:

“There’s a great need to continue to educate people about how to cook food and prepare it, rather than just taking home a microwave meal and waiting for the ping.”

Finally, the Worcester Roots Foundation, a youth led local environmental charity, were present in the exhibition hall, with the intention of teaching young people about agriculture and other environmental issues. Jack Lungly, a trustee of the group, said:

“Nowaday, the educational system doesn’t tend to include that much in the way of jobs or the green sector. Events like this will change that perception.”

As the last day of the Skills For Tomorrow event came to a close, organisers can be proud of the outstanding work that they have created over the last two days by getting secondary school students more involved with important sustainability issues. Pupils will undoubtably be queueing up to get tickets for next year!

← I think… I imagine: I can do! Skills for Tomorrow!
Skills for tomorrow: A Good Morrow! →
0 0 votes
Article Rating
Subscribe
Login
4 Comments
Newest
Oldest Most Voted
Inline Feedbacks
View all comments

Over my three years studying for my degree at the University, this is the first time I have been involved in a role to do with Sustainability. The Skills for Tomorrow conference has undoubtedly been entirely beneficial for both students and staff alike. The knowledge and experience gained from being a Sustainability Mentor, as well as my partaking in the Green Design Module with lecturer, Andy Stevenson, has resulted in me considering alternative future opportunities, for example, potentially studying for a Masters degree in a Geography or Sustainability related subject.

Skills for Tomorrow has been a brilliant experience and I urge it to return every year in the future as it does a lot of good.

Brilliant and really helpful event. Even I learnt a lot more stuff than I already knew and the kids are so smart (I didn’t do so well in science!). Great to see people getting involved in stuff and I have met some really nice people too! Very informative.

This is the first time I’ve worked as an ambassador at Skills for Tomorrow. I was a bit apprehensive at the first briefing not knowing what was expected of me.
Now the 2 days are just finishing I can say that I really enjoyed it. I’ve learnt so much from the school children, the businesses and the other students. We have been creative together. If I can have the chance to do it again I would. Thanks for the opportunity.

Coming as a University student I was able to observe the interactions between students and exhibitors and I kind of remember going to things similar to this. It actually was more geared towards getting me to pursue engineering but this event is a good step towards making the world more accessible to our youth and also more sustainable. 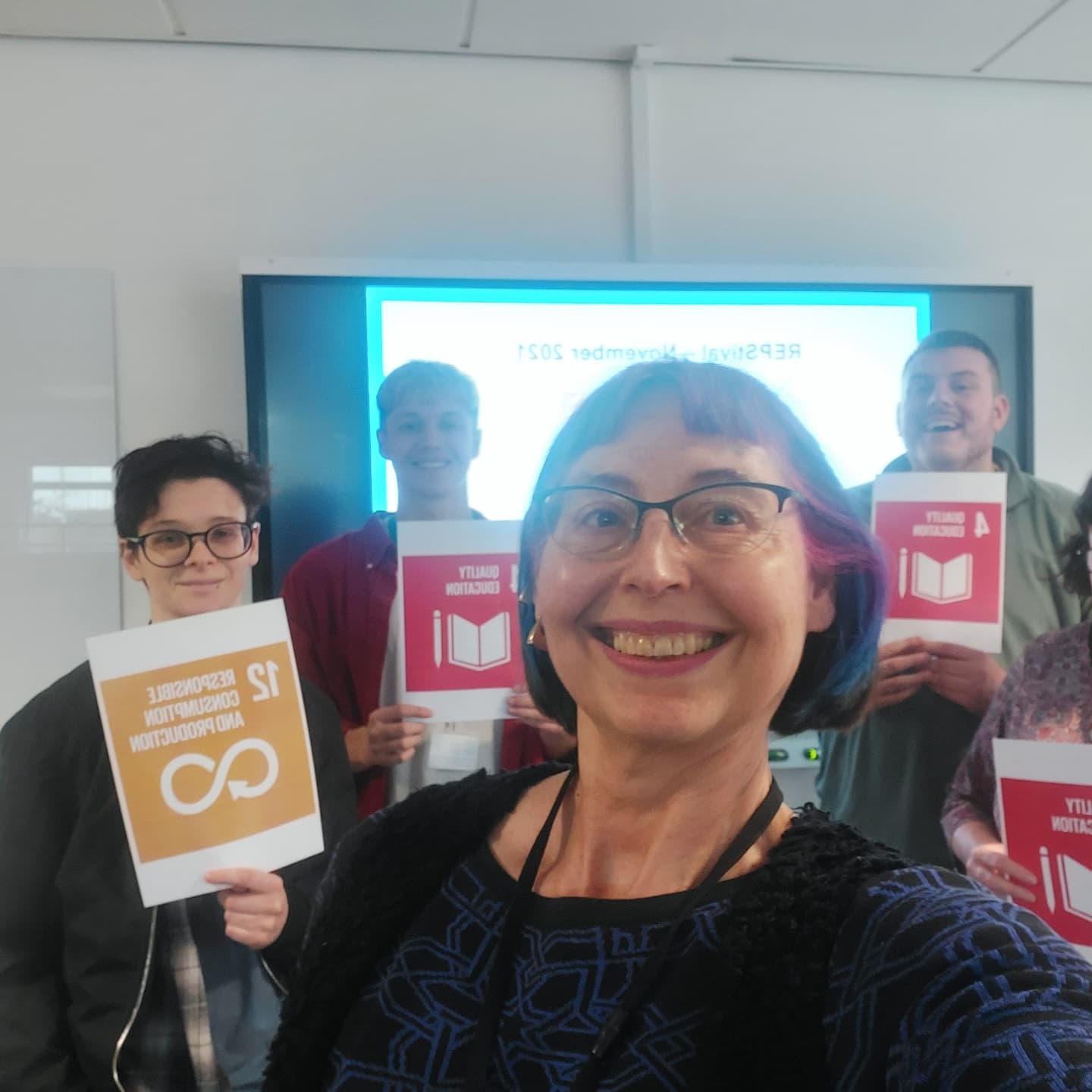 uw_sustain
•
Follow
Apologies for poor photography and not getting everyone in. Great @worcsu #REPStival #sustainability session. Thanks for sharing ideas, I learnt alot. Great ideas for #GoGreenWeek2022
View on Instagram |
1/9 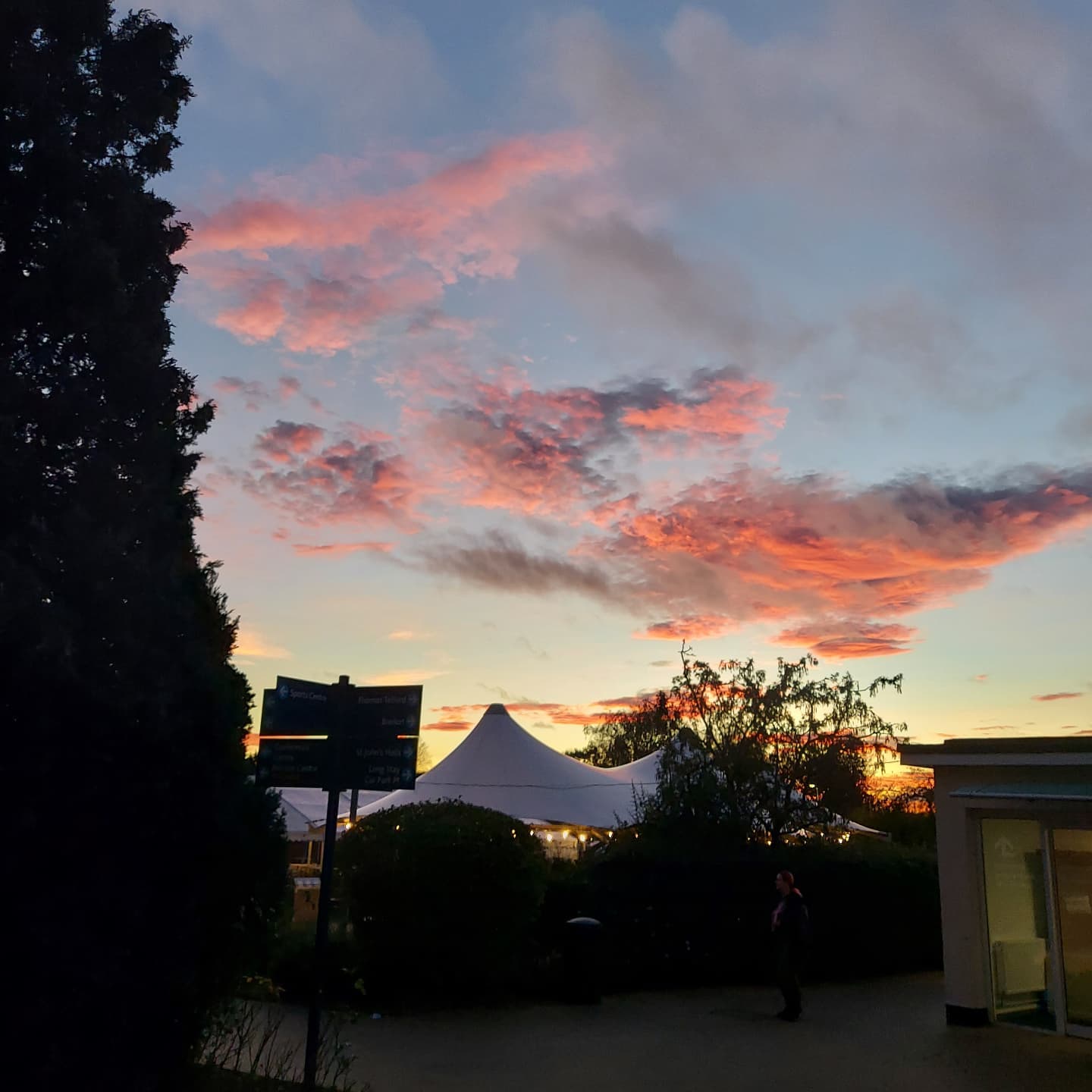 uw_sustain
•
Follow
Thanks to @worcsu student welcome desk assistant Gemma we are dehydrating spare pumpkin 🎃 seeds left over from Halloween. Whilst we had the dehydrator on we popped in some apples from the allotment
View on Instagram |
3/9 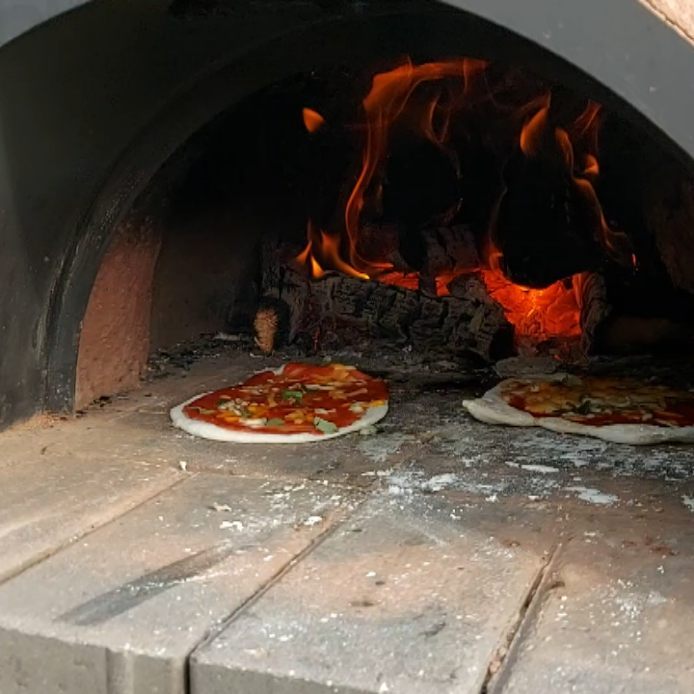 uw_sustain
•
Follow
First firing of the pizza oven today. The weather was kind. The pizzas delicious. Thanks @worcestergraphicdesign or pizza King Andy
View on Instagram |
4/9 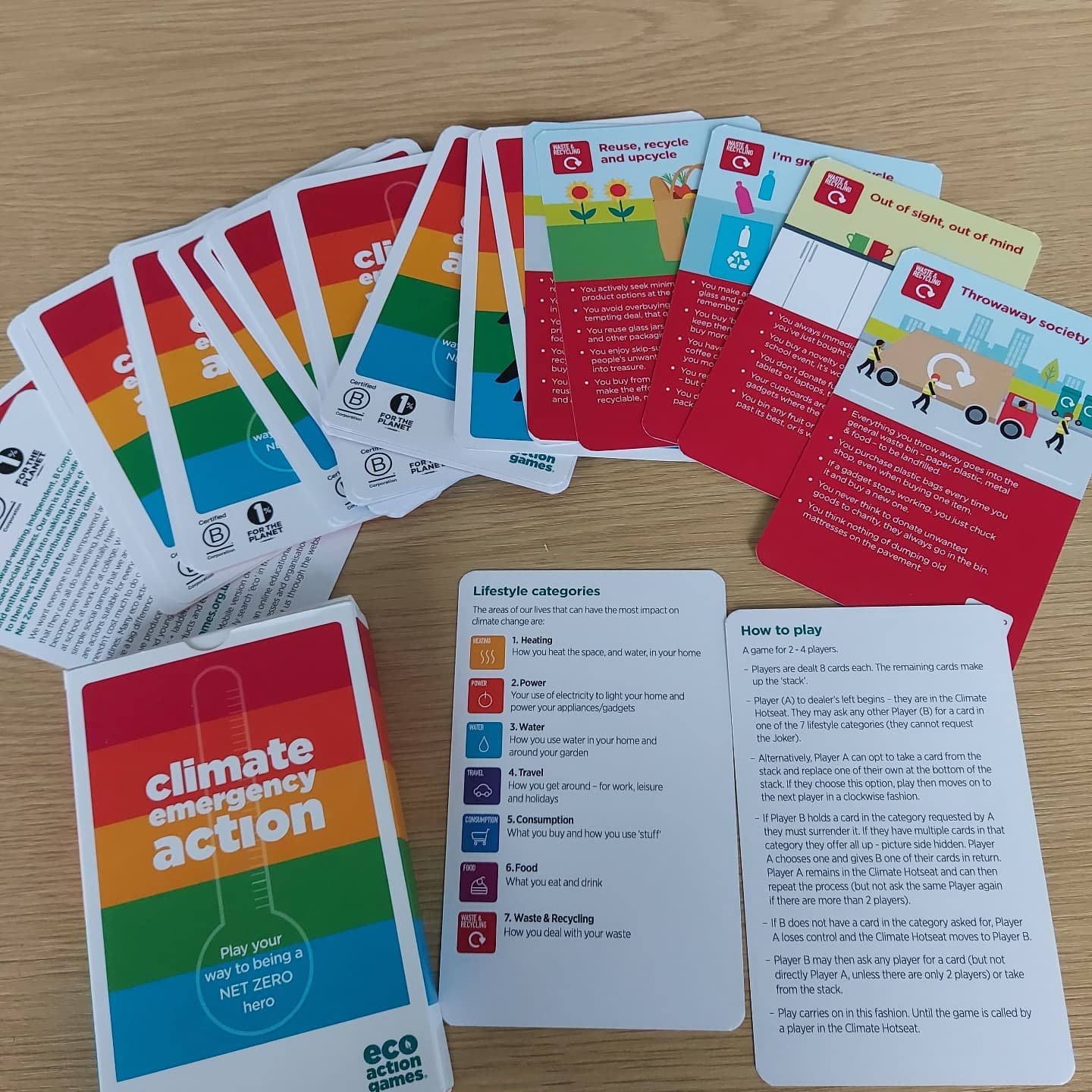 uw_sustain
•
Follow
Just received the new Climate Action game. Looking forward to playing this with students and colleagues @worcester_uni Perfect for a 🌧 day
View on Instagram |
5/9 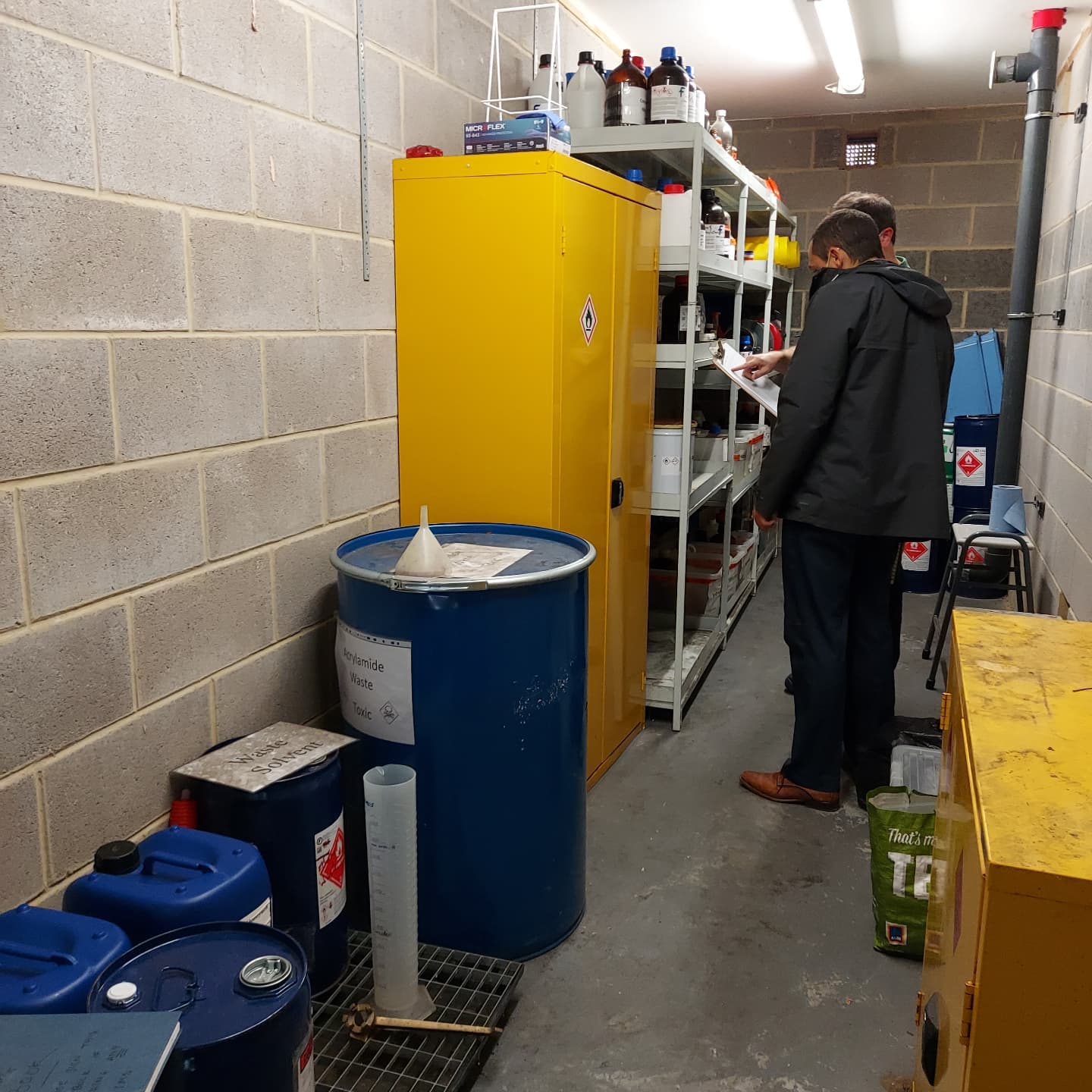 uw_sustain
•
Follow
Lovely trophy arrived today for our international Coporate Social Responsibility award. This is for a @worcester_uni student and primary school project with a housing association Platform
View on Instagram |
7/9 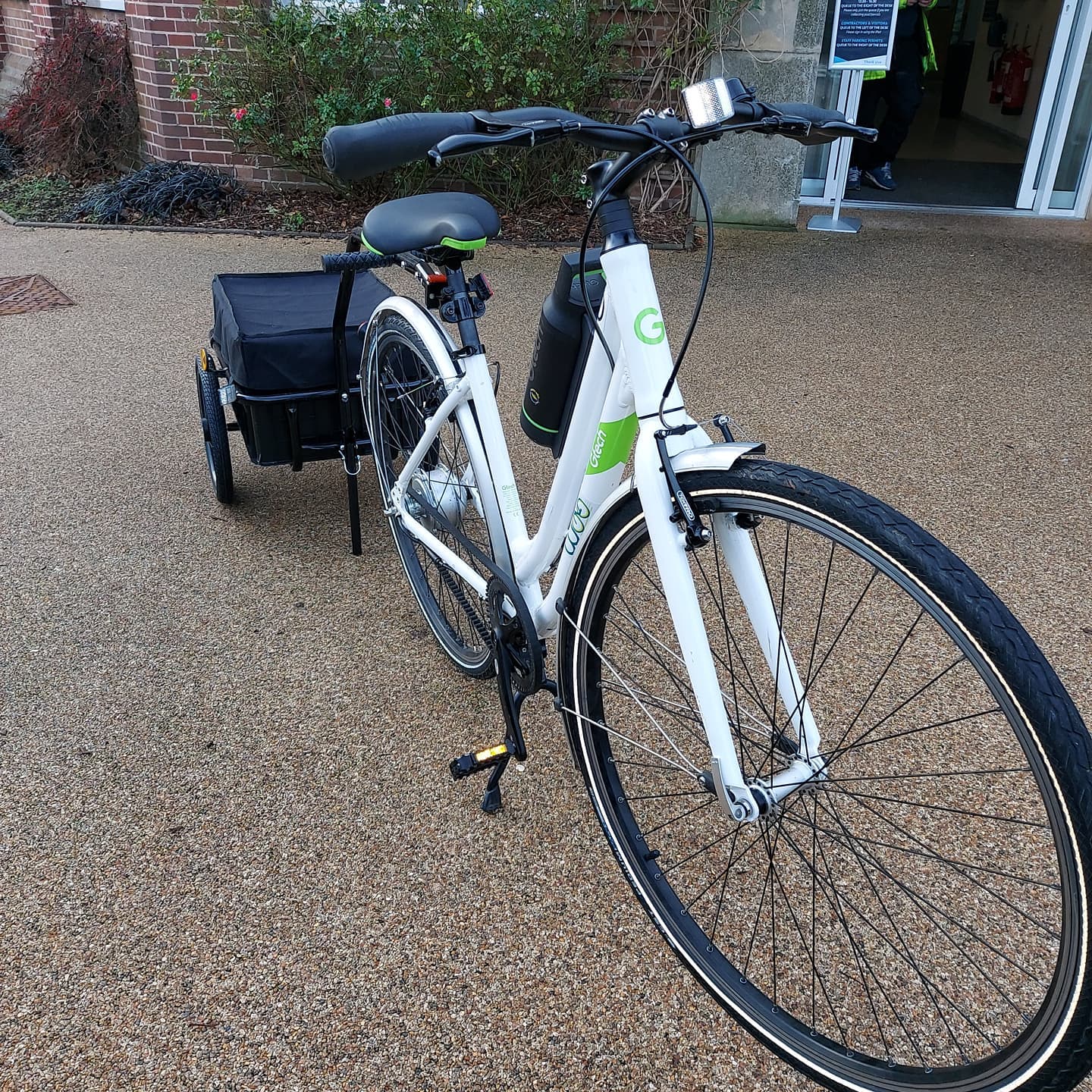